Contrary to what you might have been led to believe by popular media, bats are not nasty suckers of human blood, just as they are not blind. In fact, bats are extremely beneficial to the ecosystem. First, they help to keep the insect population in check. A single bat can eat up to 8,000 mosquito-sized insects each night. Also, some plants depend wholly or partly on some bat species to pollinate their flower or spread their seed.

While these are all admirable qualities, bats can quickly become a nuisance when they occupy the attic of a home. Left unchecked, a bat colony can quickly grow to 1,000 members. Attics provide the perfect spot because they are high enough for flight clearance, warm, dark, and safe.

In the United States, there are 47 species of bat. However, Memphis, Tennessee is home to 15 species. Here are some of the common problems bats cause for homeowners in Memphis:

That’s why many homeowners want to get rid of them as soon as possible. At Wildlife X Team Memphis, we can help you deal with your bat infestation problem.

Under the Wildlife Protection laws, bats are a protected species because of the threat of extinction they face. This means that proper care must be taken when handling a bat infestation problem, and that’s why the services of professionals at Wildlife X Team Memphis is recommended.

Effective bat removal takes into consideration a variety of factors. Here’s how we approach the bat removal process at Wildlife X Team Memphis:

The first step in dealing with many wildlife problems is to identify the source of the problem – the same is true of bats. Bats do not have the strength of a squirrel or rat and that means that they cannot physically break into your home. Instead, they make use of already available holes. Since some bat species are quite small, they can get into holes as small as 3/8”. The goal of the inspection stage is to figure out the potential entry holes. Since bats reside in high places, ladder work is typical and the presence of droppings around the roof area may suggest their presence.

Different bat species have different behaviors. Some bats species like hairy-tailed bats migrate Southeast as winter sets in, while others hibernate, like little brown bats. If the bats in your home are in hibernation, you cannot evict them.

The colony size will give you an idea of what you’re dealing with. If they’re in their birthing season, then there’s likely to be pups there. In such an instance, you might have to wait for about three to four months so they can fly before you evict them.

Get Quote for Your Exclusive Wildlife Inspection Report.®

After you’ve determined that their removal is appropriate, then it’s time to exclude them. Exclusion is a process where the bats are allowed to fly out on their own but are prevented from getting back in. During this process, all the entry holes have to be identified and sealed, except the primary hole. In the primary hole, an exclusion device is then installed.

During this process, care should be taken to avoid direct contact with the bats and their guano because of the health risk it poses. That’s why our experts wear protective gear.

After all the bats have been excluded, the exclusion device is then removed and the primary hole sealed.

It should be emphasized that exclusion is the ONLY effective way of dealing with a bat problem. Bat repellents and trapping simply DO NOT WORK.

If you have a large colony residing in your house, they’ll leave a large number of droppings there. Asides from the terrible odor, it can solidify into guano. Histoplasmosis, in particular, is a fungus that is present in bat guano. It can be contracted by inhaling guano particles and it causes serious lung problems.

That’s why all organic remains have to be removed. It will also help prevent the accumulation of cockroaches and other nasty insects. The infected space has to be decontaminated with a special enzyme-based cleaner and deodorized. Finally, all necessary repairs have to be done, which may include complete insulation removal (in the case of serious contamination) or wood repairs.

The bat removal process is usually tedious. That’s why Wildlife X Team Memphis is here to help you deal with it. The best way to prevent the problem from occurring is to ensure that your house is bat-proof. Furthermore, keeping the population of insects around your vicinity in check can be helpful. If you are dealing with a bat problem on your Memphis property, contact us today to get it solved!

At Wildlife X Team Memphis, we also provide decontamination and repair services. We take a holistic approach to solving your rodent infestation problem and putting measures in place to ensure that you do not face a similar problem again. If you live in the Memphis area, contact us today to get rid of your rodent problem once and for all! 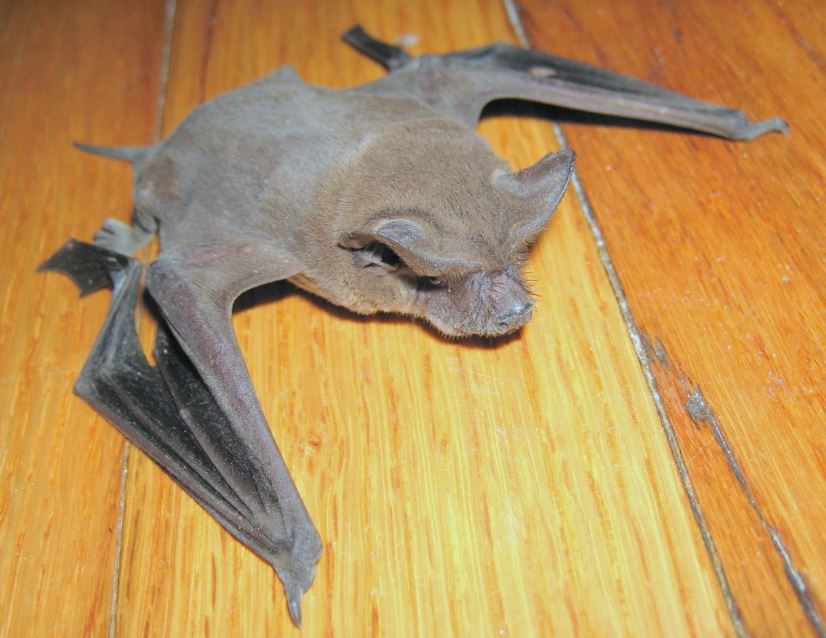 The Process of Removing Bats in a Chimney

Removing bats from a chimney isn’t generally a DIY process because it is quite involved and time-consuming. At Wildlife X Team Memphis, we are bat removal experts with years of hands-on experience. Our top recommendation is that you let the professionals handle this work. However, if you want to take a shot at it, we’ll explain the best practices.

Bats like chimneys because they’re the closest thing to a cave in most suburban neighborhoods. This is a typical bat habitat, so it’s not surprising to see bats in a chimney. There are a few things you can do to prevent bats from entering your chimney, but if that fails then removal will be necessary.

Before we get into the details, we must make it clear that there are a few things you should absolutely never do when removing bats from your chimney. The main thing here is to keep the damper inside your home closed and DO NOT start a fire in the fireplace. If you start a fire in the fireplace, the bats will almost definitely come into your home instead of out the chimney.

Another thing you need to know is that bat removal during the summer is not possible. That’s because this is the maternity season for these animals. If you have bats in your chimney during the summer, it’s likely that there are babies inside it as well. Baby bats cannot fly and cannot be removed. In this case, it’s best to wait until the fall.

Now, bats are nocturnal, so you will need to do this inspection after dark. You might be up for a while – that’s another reason why we recommend you hire a professional to do this work.

That might sound like a long, tedious process but with our methods, it goes pretty quickly. First, you must block up all the bat entry holes you previously identified except for one. This will force the bats to use just one entry and exit point and make it easier to exclude them.

Once you have closed all but one entry point, we recommend using special one-way exclusion netting on the remaining hole. You can find this stuff at most hardware stores. It’s designed to allow animals to pass through in one direction, but prevent them from entering in the other direction.

Once you place the netting, it’s back to the night watch! You should observe your exclusion netting at night to make sure that the bats can actually get out through the netting without being able to return. At Wildlife X Team Memphis, we recommend that you observe for at least 3 nights to make sure all the bats have time to escape.

Once you’ve made sure that all the bats have left your chimney, we strongly recommend a few steps to prevent the bats from returning. The main thing is to ensure that every single entry point has been sealed effectively. That could mean re-doing part of your roof, installing a secure chimney cap, or sealing gaps between your chimney bricks.

The final step is the cleanup – and you really will want a professional for this part. Depending on how long the bats lived in your chimney, there could be quite a mess in there. If you plan on using your fireplace, it’s crucial that you clean the chimney after removing any bats. 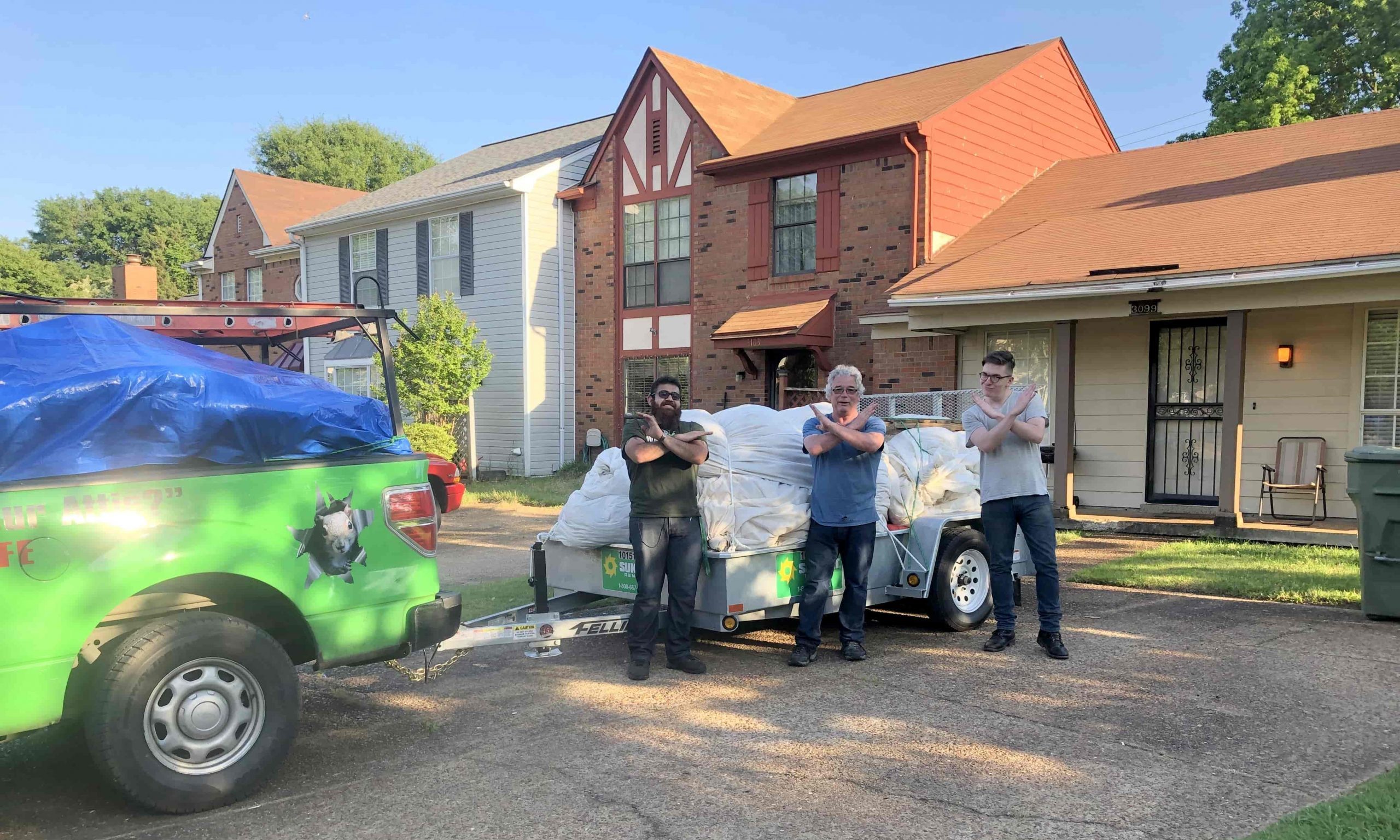